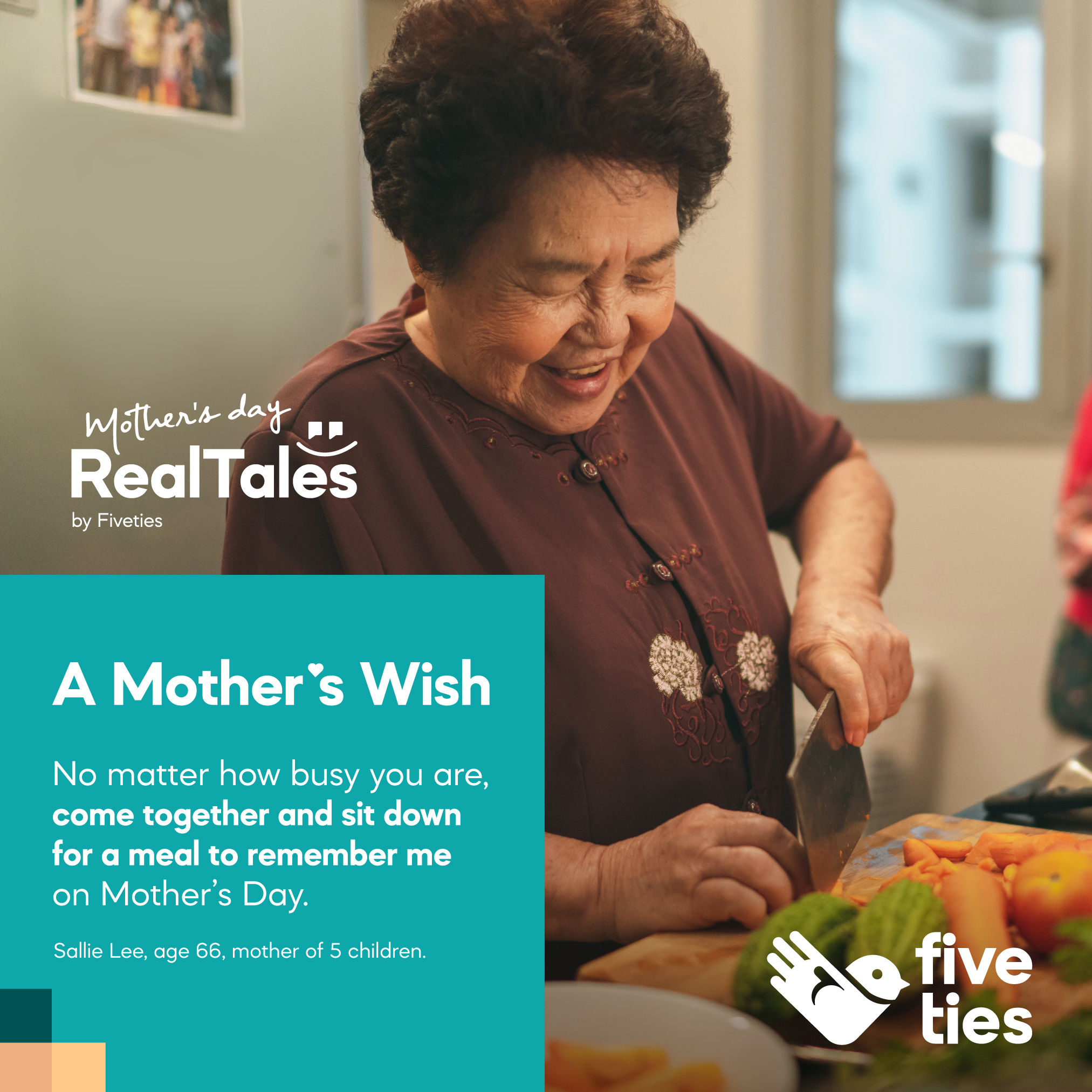 “No matter how busy you are or wherever you may be, come together and sit down for a meal on Mother’s Day! Remember me on Mother’s Day” is all Sallie Lee wishes her 5 children will do after her passing.

Having worked for every cent in her life – earning just RM10 cleaning house because that was all the work she could do – Sallie has always relied on herself to get things done. She does not like to trouble others, so even after her passing, she has very few requests to leave behind to her family. She says it is only natural for them to forget the departed.

Sallie found out she had Stage II colon cancer after persistent pain on her abdominal led to CT Scan and surgery to cut off 10 inches of her colon and months of chemotherapy afterwards to clear the cancer. 10 years on, her cancer is still in remission. She is grateful as cancer has made her appreciate everyone and everything just a bit more. She has become the life spark amongst fellow survivors as she slowly slips into the role of supporting them.

Her lack of formal education and with five children in tow, as her husband of 30-years did not help much, meant Sallie had to keep her nose to grindstone. Blood, sweat, and tears bonded her children to her as she babysat them through various jobs. Her eldest son and daughter were most protective over her during the years she battled cancer. As she dragged her feet to the toilet in the dead of night to vomit, her son and daughter, then in early-20s, took turns to clean up after her. They sat and held her hands as she moaned painfully while the medicine coursed through her veins during chemotherapy. Her youngest daughter lovingly cooked the most nutritious food they could afford to keep Sallie’s strength going. The children took turns to keep the household running between school and part-time work.

Sallie was gifted with FiveTies which she shares is a great tool to tell her profound thoughts and leave heartfelt memories to people who matter in FiveTies. Besides her one wish for all her children, she reckons she will leave memories for each child’s future child or children.

As it is a memory to be opened after she departs, Sallie adds she will use FiveTies to record apology for close friends whom she may have offended in the past. When her friends get the memories, they may find in their hearts to let go of the wrong done to them and hopefully, forgive Sallie, to get closure.

Sallie concedes the challenges using FiveTies app as she is not gadget-savvy but she shares the simplicity of using FiveTies to store memories makes her pause and ponder what makes for lasting memories for her children, husband, and friends.