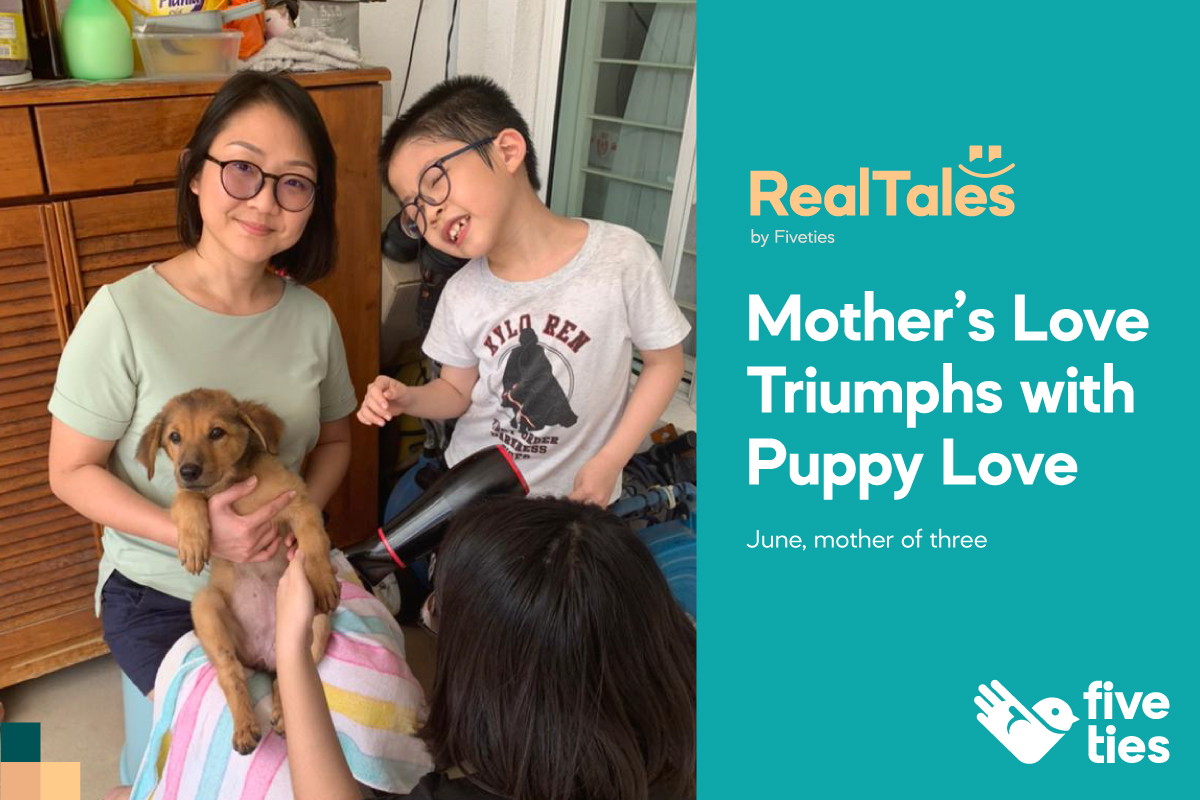 2020 was momentous. Covid-19 pandemic has changed behaviours. At homes, in offices or just everywhere. Full lockdown in Malaysia started in March 2020 and pivoted many adults to conduct work via Zoom and school kids to learn on Teams or Google Meet. 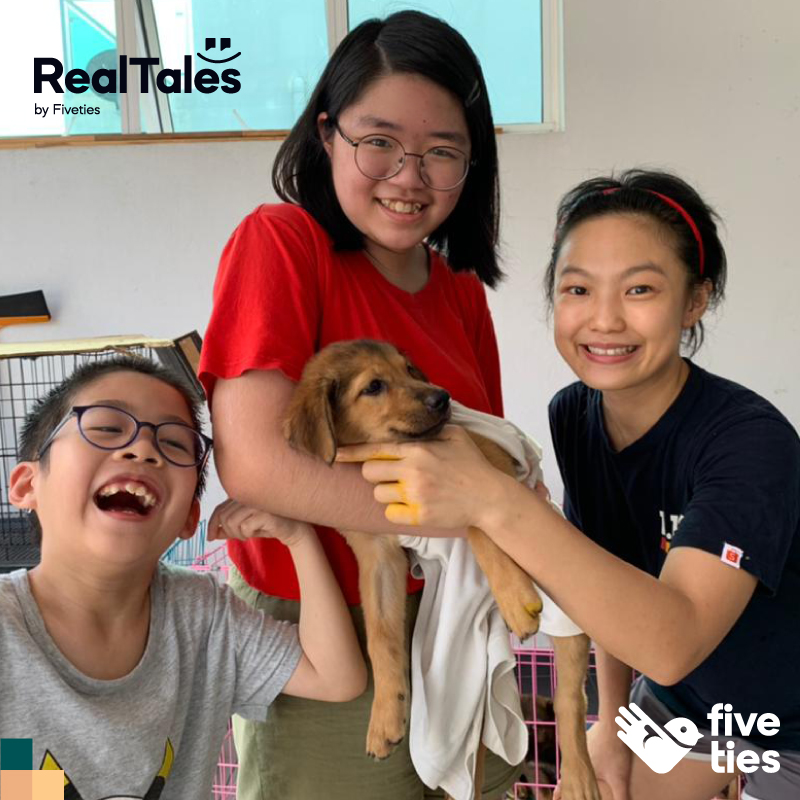 June Beh is loving mom to 2 girls aged 14 and 13 and a boy who is 10 this year. Just like everyone else, June began to work from home while her children slowly logged onto online learning. Life went on as usual except it was no longer usual.

Everyone retreated into their little bubble, seemingly part of a family of 5 with grandma and aunt under the same roof, but increasingly apart in their own space. June, aware her girls are becoming teenagers and need their space to chill, wants to strengthen her bonds with them and draw them out of their rooms. 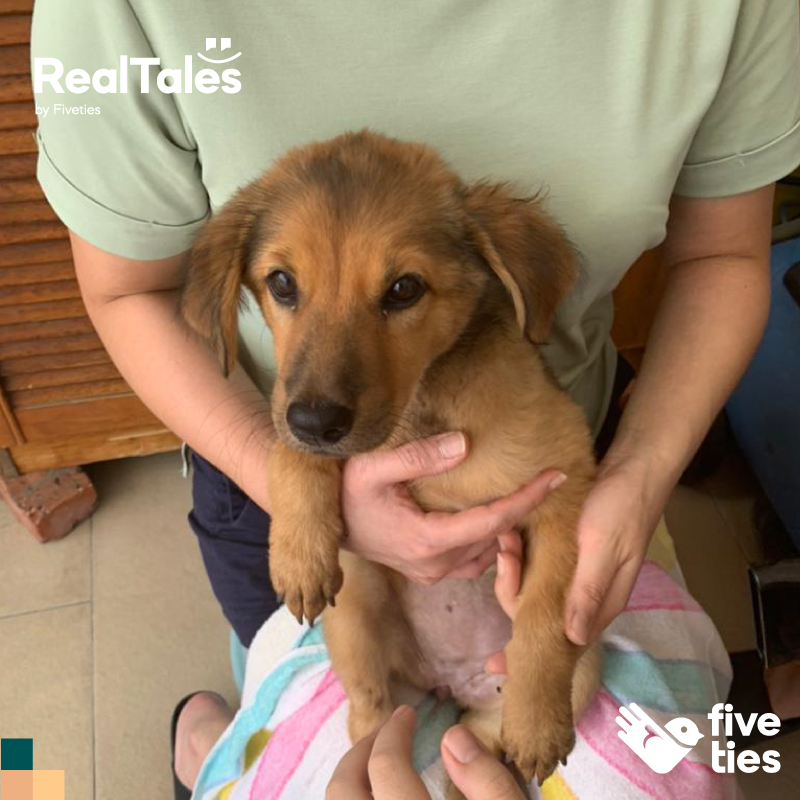 Knowing her eldest girl, Erin, would love to have a pet, June triumphed over her dislike for little animals and invited her to pick one from the neighbour who was fostering a litter of 7 puppies. Erin, being the caring, inclusive teen, chose the “most imperfect” puppy and named her Hange.

June is so pleased Erin found her perfect furry companion and recorded the homecoming with Hange on her FiveTies app.

The historic homecoming was the perfect first memory to entrust on FiveTies app.

It celebrates June’s motherly love for Erin as she bonds with Erin over a pet.

It commemorates Erin’s growing independence and becoming responsible as she starts caring Hange.

It applauds siblings engaging as they play with Hange to settle her into the new home. 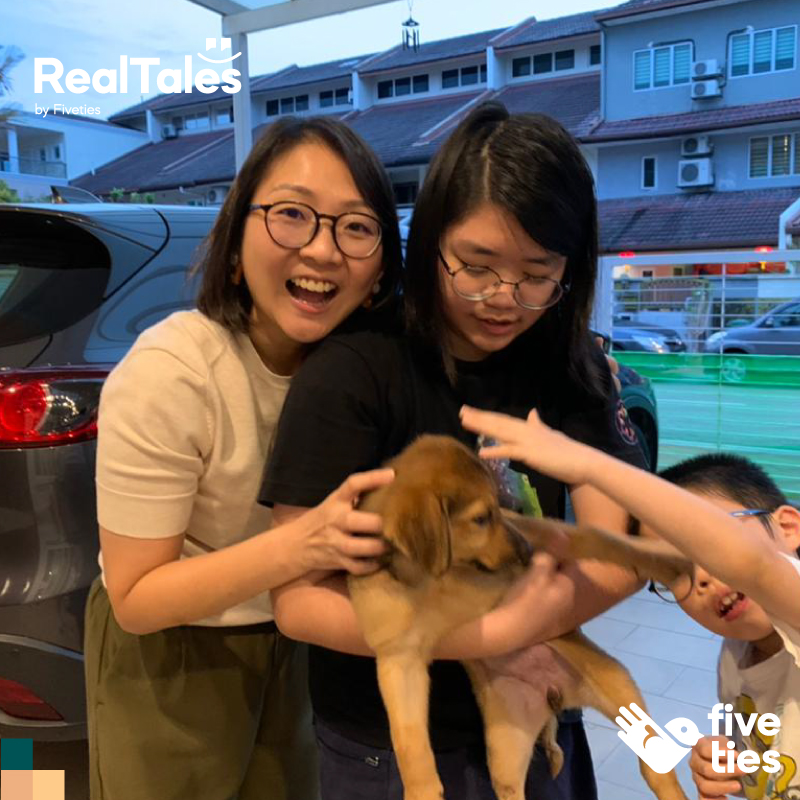 Mother and daughter are spending more time together as they bathe Hange every weekend while little brother, Jayden joins them for playtime with Hange. Even June’s other daughter, Esther, is coming out of her shell to the puppy. June feels grateful she has succeeded in drawing her children out of their own bubbles to socialise and bond over their growing love for Hange.

A very visual person, June loves taking photos. She shares using FiveTies to record this significant event means she knows it will be kept safe and easy to access on FiveTies app. What makes a big difference to storing photos on her phone is the memory is stored securely. June likes the immediacy of video or photo which “tells the story” immediately and chose it to record her Hange’s homecoming as her first memory on FiveTies.

June, though partial to taking video or photo, believes she will use the other mediums to record more memories for other Ties. She loves it that FiveTies can organise the memories for her respective Ties as she continues to capture more memories.

FiveTies makes capturing and storing significant memories systematic and simple, and June feels FiveTies is an innovative app to entrust memories for eternity.